Why is “Attorney” not considered English? 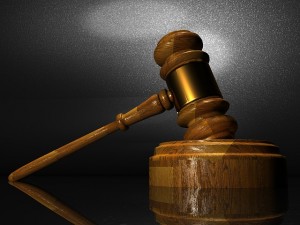 The term lawyer does not have a specific, legal meaning in the UK, although it is routinely used to describe a member of the legal profession.

The word “solicitor” derives from the Middle French word “solicitor”. It is also related to the verb “to solicit” which essentially means to attempt to obtain something by persuasion, either for oneself or for another party. This is essentially what solicitors do today. They use their training in and experience of law to advise and guide their clients and help them to achieve their aims. In the event that a solicitor’s client needs to take a case to court, the solicitor will typically instruct a barrister to represent the solicitor’s client in court. The solicitor will usually act as an intermediary between their client and the barrister who presents the case in court.

The word “attorney” also derives from Middle French, in this case from the word “attorney”, literally this was a person to whom one turned and developed the meaning of an appointed person. Specifically it came to refer to a person who was appointed to represent the interests of another party. If this sounds similar to the work of a solicitor, that’s because it is. In fact up until the close of the 19th century attorneys and solicitors were essentially two branches of the same profession. Attorneys however, were very much perceived as the “poor relations” of solicitors. Attorneys practised in the common law courts, whereas solicitors practised in the courts of chancery (hence Chancery Lane in London). Solicitors also tended to represent the more wealthy, in particular owners of landed estates, whereas attorneys worked on the lower end of the social scale. By the time of the Court of Judicature Act of 1873, the term attorney had acquired such negative connotations that it was effectively abolished and for the most part attorneys adopted the title of solicitors. The word attorney, however, clung on with the specific meaning of someone who was legally empowered to act on behalf of another party. While attorneys can be legally trained, they do not have to be. For example, older people may choose to create a document giving power of attorney to a younger relative in the event that they are no longer able to take decisions for themselves. The younger relative would then have the power to act on behalf of the older person.

Why Patent Attorney Rather Than Patent Solicitor?

The term “Patent Attorney” is reserved under the Copyright, Designs and Patents Act 1988 to those who are on the register of patent attorneys. “European Patent Attorney” means a person on the list of professional representatives maintained by the European Patent Office. In each case, entry on to the register or list is by passing the qualifying examinations. Patent attorneys are typically maths, science or engineering graduates who then undertake on-the-job and academic training in patent law in order to qualify as patent attorneys.

In addition to obtaining and renewing patents, patent attorneys can also take action to resolve instances of patent infringement. In spite of their job title, patent attorneys can often provide a broader range of assistance with regard to claiming and enforcing intellectual property, for example they may have expertise in the fields of copyrights and trademarks. Some solicitors with suitable scientific or technical as well as legal qualifications specialise in patent matters and may sometimes be referred to as “Patent Solicitors”, although there is no official status for this. They specialise in patent litigation, and may often work closely with patent attorneys.