Whistle-stop tour of (a bit of) the USA

– spreading the message of “business as usual” despite Brexit! 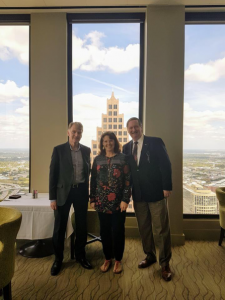 We’ve been working for many years with a number of patent attorneys in the USA, but although we have very good working relationships, we have not yet met some of them personally.  In view of the uncertainties about what might happen to EU-based intellectual property rights in the UK if the UK were to leave the European Union, I felt that now would be a good time to go and visit some of our associates and to spread the word that for UK-based European Patent Attorneys, it is and will continue to be business as usual.

I flew to Boston (Massachusetts, not Lincolnshire!) in mid-October and drove up to New Hampshire to meet with members of a firm we have a long-standing working relationship with.  From New Hampshire I drove down to New Jersey for meetings with members of two different firms, also taking the opportunity to meet up with some old attorney friends who have now retired – both having worked until they were well into their seventies.

On day 3, I drove along the famous New Jersey Turnpike, Simon and Garfunkel’s “America” playing in my head, to visit a new contact in Wilmington, Delaware.  Wilmington is famous for being the home of DuPont – apparently started by a French émigré in 1802 to manufacture gunpowder – and references to DuPont are everywhere in building names.

From Wilmington, it was a short drive to Philadelphia airport for a flight to Houston, Texas, for meetings on day 4 with attorneys from two firms there, one a new contact, and one an old friend who has visited Lincoln with his family.  He and his wife kindly took me to lunch on the 49th floor of a building in downtown Houston, from where there was a fantastic view of the city and beyond.  Although there was little obvious sign of the dreadful floods the city had experienced not so long ago, it was obvious why the floods had been so damaging: Houston is on a very low-lying flat coastal plain – it made Lincolnshire look positively hilly!

So, what did I learn?  The American attorneys I spoke to mostly recognised that patents would not be affected by Brexit, but some weren’t sure about the status of the Unitary Patent.  All regarded Brexit as a form of temporary madness that had afflicted the British people, part of the same affliction that had resulted in the election of their current president, although it was clear that, as in the UK, the factors that influenced voting were diverse. 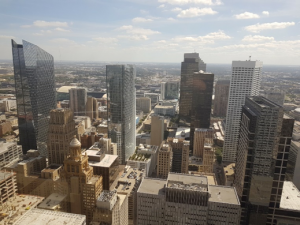 Patent law and practice in the US is undergoing change; all felt that the era of easy business method and software patents in the US was over.  The USPTO has been recruiting examiners to try to reduce the backlog of examinations, but inevitably this means that the standard of examination can be variable.  The new ways of challenging validity of patents before the USPTO were generally not regarded favourably – costs were still high and I rather got the impression that attorneys would not be recommending it to their clients.

Oh, and I learnt that Texans are indeed friendly and hospitable, but that was true for the people from New England all the way down to Texas. They’re proud of their country, but perhaps not of their president at the moment!