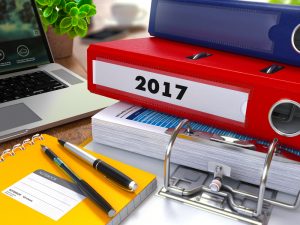 The law can and does change and is frequently put to the test in real-life situations.  With 2017 now coming to a close, here is a round-up of our pick of 2017’s IP-related stories.

Soft Kitty does belong to Sheldon

Way back in 2007, when The Big Bang Theory was just an interesting new show on TV, the production team introduced a song called Soft Kitty, which one of the key characters, Sheldon, explains was sung to him by his mother to get him to go to sleep.  Some 8 years later, in 2015, Warner Bros executives probably got a rude awakening, when sisters Ellen Newlin Chase and Margaret Chase Perry filed a lawsuit for copyright infringement, claiming that the song was written by their deceased mother Edith Newlin.  The case was finally settled in March this year, in favour of the Big Bang showrunners.  The judge ruled that the sisters had failed to prove that they owned the copyright to the song, which would have been a prerequisite to claiming damages for copyright infringement.

Richard Prince will return to court

Anyone who takes an interest in IP law has a good chance of having heard the name of Richard Prince who is either a transformative artist or a plagiarist, depending on your point of view.  Prince has already been taken to court for copyright infringement and in the previous case Prince won on the basis that his works were sufficiently different from the originals for them to be considered both distinct and covered by the U.S. concept of “fair use”.  This time around, however, Prince’s works are much closer to the originals, which could leave him in a tricky situation.

Monkeys can own copyright (maybe)

Possibly the story of the year is the battle between PETA (People for the ethical treatment of animals) and photographer David Slater, who set up a camera in such a way that a crested macaque monkey was able to take a “selfie”.  Slater assumed he owned the copyright to the picture, but Wikimedia and PETA thought otherwise.  The former declined Slater’s request to stop using the picture on the grounds that the monkey owned the copyright and therefore only the monkey had the right to refuse them permission to use it.  The latter brought a lawsuit on behalf of the monkey they claimed took the photograph (although Slater disputed that PETA had the correct monkey).  The case was ultimately settled out of court with Slater agreeing to donate some of the royalties from the photo to help with the conservation of the crested macaque and to support PETA’s stance that monkeys should be able to own copyright.

A company called Rasta Imposta is currently suing U.S. retail behemoth over a banana costume.  In short, Kmart used to sell a banana costume designed by Rasta Imposta but for the 2017 Halloween season, it changed to another supplier and Rasta Imposta has alleged that the new supplier’s design is too close a copy of its own.  Up until recently, it’s possible that Kmart would not have batted an eyelid at the lawsuit since functional items such as apparel do not have the same legal protection as artistic ones.  Recently, however, the U.S. Supreme Court ruled that in certain cases at least the aesthetic elements of clothing design could be separated from the functional ones and held as subject to copyright.  That judgement, however, related to the copying of a cheerleading uniform, which is significantly more distinctive than a banana costume.  It remains to be seen whether Rasta Imposta will win its case or will be turned into legal custard.

It’s worth noting that of course these are all US legal stories and would have been treated differently here in the UK – perhaps we’re just a little more sensible but 2018 is yet to be!

Happy New Year from us all at Loven Patent & Trademarks