How To Use Literary Quotes When Writing 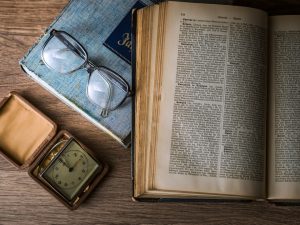 The activities of the “artist” Richard Prince have served to throw the spotlight on the old artistic question of inspiration versus derivation. Prince has become (in)famous for taking photographs published on Instagram accounts without the permission of the account owner, retouching them slightly and selling them as original works of art. He argues that the changes he has made to them are sufficient for him to claim to be the creator of the resulting image. There are many other people who think otherwise and the fact that nobody has (yet) sued him simply highlights the challenges and expense of bringing legal action, particularly when the outcome is uncertain. It should be noted that Prince works out of the U.S.A. where laws are different to the UK, but the issue highlights how the digital age has made the act of content appropriation easier, even if it is of, at best, questionable legality.

While Prince works with the visual image, much of the content produced today is still wholly or largely based on text, with books, both paper and digital, still hugely popular. Like all artists, it is far from unusual for writers to draw inspiration from previous works. Back in Elizabethan times, Shakespeare based many of his plots on classical works and in recent times there have been numerous examples of writers picking up where classic novels left off (such as P.D. James Death Comes to Pemberley, which was a sequel to Jane Austen’s Pride and Prejudice) or continuing an established series (such as Eric Van Lustbader picking up the Bourne books). In all of these cases, however, the resulting work was quite clearly fully (or at least substantially) original.

The waters become somewhat murkier when dealing with quotations from literary works. Legally-speaking, in the UK, copyright on a literary work is for the lifetime of the original author +70 years. After this point the work effectively becomes open source legally, although ethical issues would still have to be considered. Before going ahead with any extensive quotation, however, it is advisable to be sure that you understand who, exactly, is considered to be the legal author of any given work. For example, in spite of the name, Anne Frank’s diaries are, in many countries, considered to be the legal work of her father Otto and therefore the 70-year period dates from his death in 1980 rather than hers in 1945.

In the intervening period, from a legal perspective, any quotation from a work under copyright would require the permission of the copyright holder (who may or may not be the named author). Referencing copyrighted works, however, could be done legally without the need for prior approval, provided that the resulting content is original. For example an author could provide the details of the work in question and summarise the relevant points briefly in their own words, before going on to develop the topic in their own way.

Writers should also remember that the term “literary works” has a broader meaning than just books, it also encompasses other forms of literature such as scripts, poetry and song lyrics. Fiction writers in particular should think carefully before quoting from other literary works in their books, especially with regard to song lyrics, as it can be challenging to determine who actually owns these, since songs are frequently covered by different artists and may have their lyrics changed slightly in the process, for example to make them more relevant to later audiences. In addition to this, songs may also be written collaboratively and the copyright to them owned jointly or even collectively, which may make it more challenging and costly to get permission to quote them.