U.S. Judge Gets Back to Basics with Internet Copyright Issues 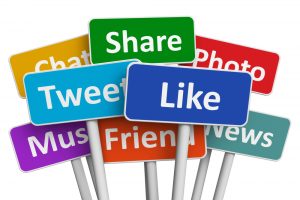 Last month a U.S. District Court Judge (Katherine Forrest) dismissed a summary judgment motion filed by several U.S. news organisations in response to a case filed by photographer Justin Goldman who has claimed for breach of copyright on the basis that the news organisations featured his image on their web sites without his permission.

The background to the case

Justin Goldman took a photograph of sportsman Tom Brady, which he uploaded to his Snapchat account.  The image went viral and made its way across social media platforms to Twitter where it was picked up by the news organisations in question, who embedded the tweets into news stories relating to Brady’s team, the New England Patriots, triggering the lawsuit from Goldman.  The defendants responded by filing a summary judgment motion to the effect that they themselves were shielded from copyright liability because they were only linking to images which were hosted on Twitter.

Judge Forrest rejected this claim in a “back to basics” judgement, which essentially said that people (or in this case news organisations) were responsible for their own actions and could not hide behind the fact that the image in question was hosted on another site.  Although she referenced U.S. law and, in particular, the 1976 amendment to the Copyright Act, which, as the judge pointed out, was created at a time before the internet was even imagined, but which nevertheless showed an awareness that technologies could and would develop, her judgement was based more on fundamental legal principles than a dissection of the niceties of internet technologies.

The reaction to the judgement

Although the judge’s decision has caused ripples in the U.S. media, perhaps the biggest surprise is that they seem to be so surprised.  Possibly the legal team managing the defence thought that they would have a case under a concept known in the U.S. as “the server test”, under which the question of copyright infringement can turn on whether the content in question is hosted on the defendant’s server or on a third-party server, however as Judge Forrest pointed out, California and its surrounding states (the 9th circuit) have actually widely adopted the server test, elsewhere it has been widely ignored, which is why she felt free to do so in this case.

In spite of all the media sound and fury over the judge’s decision, Judge Forrest herself made it clear that she had simple ruled that the defendants could be held liable for copyright infringement rather than that they had actually infringed copyright.  She actually explicitly acknowledged that they could feasibly have a defence against Goldman’s lawsuit under the U.S. concept of “fair use” or under the Digital Millennium Copyright Act.  Interestingly, she also raised the question of whether or not Goldman had arguably placed his image into the public domain by publishing it on his Snapchat account.  While acknowledging that U.S. copyright law can differ substantially from U.K. copyright law, it is hard to see how uploading an image to any social media platform can be considered taking it into the public domain, so it would have been interesting to hear more of Judge Forrest’s reasoning on this point.

We’ll be watching this closely, but as always the advice must be, if you’re not sure, don’t share!