Trading Internationally – How to protect your brand 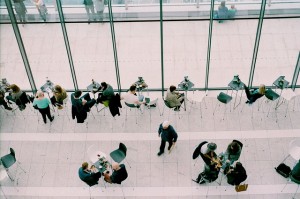 Trading internationally opens up a world of possibilities, but it also opens up new challenges. Even countries which nominally speak the same language have cultural differences which need to be recognised and, if necessary, incorporated into any strategy. Countries which speak a different language pose another set of challenges and then, of course, there are a fair number of countries where more than one language is spoken. In addition to all of that, there may also be different legal systems in operation, the U.S. for example has both Federal and State-level governments. Notwithstanding all this, many companies (and even individuals) do trade successfully throughout the world and some brands (such as Apple) have arguably acquired almost iconic status at an international level. This raises the question of how companies can protect their brands when working across borders. The answer to this question comes in two parts.

In very simple terms, protecting your brand from a cultural perspective basically means avoiding doing anything which is likely to be considered offensive and/or stupid in the relevant market(s). This in turn means understanding the market(s) in which you are operating and the more important the market(s) is/are are to you, the more you need to understand it/them. For example, it may seem fairly obvious that in many countries sexually-provocative advertising would be considered inappropriate, even at a level which would be seen as fairly mild in the UK. Other aspects of cultural adaptation may be more subtle, for example in many countries, certain colours have particular associations, for example people in the UK may be aware that in China red envelopes stuffed with money are given as gifts as New Year. In China red is associated with good fortune. There is however far more to colour associations in China, for example each of the signs of the Chinese zodiac has its own lucky colours. Then on top of this there are lucky numbers to be considered as well. This is, of course, just scraping the surface of a culture as complex as that of China. Part of the reason why Chinese culture is so complex is because it is a huge and diverse country but even smaller countries such as Luxembourg have their own distinct culture. In fact even countries close to home can have a noticeably separate identity. The Republic of Ireland for example is generally treated as a distinct market from the UK, even though it is geographically close and speaks the same language.

The basic principles of branding hold true pretty much around the world. You need to have a brand to foster brand recognition and thereby to generate customer loyalty and/or premium pricing for a product or service which is known to be of high quality. Branding itself is a generic concept and, as such, has no legal protection. Having said that, many of the components that go into making a brand can be legally protected through instruments such as copyright and trademarks. The key point to understand, is what can and cannot be protected in any given market and what steps need to be taken to receive and enforce that protection. Take trademarks as an example. The basic principle behind them holds true pretty much globally. In other words, it’s broadly recognised that a trademark is a distinctive mark, which is used to identify a specific product or service. Using trademarks internationally offers much the same advantages as using them in a domestic market. In particular it makes for easier advertising and marketing since the trademark forms a bridge between promotional material and the physical product. It is, however, important to understand the detailed rules of trademark protection in any given country. In particular you need to be aware that different countries have their own rules about what can and cannot be registered as to be a trademark and what specific remedies are available in case of abuse.