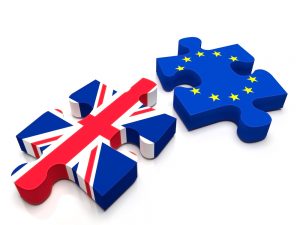 Given all the practical and emotional issues surrounding Brexit, it’s hardly surprising that IP-related issues have barely had a mention in the mainstream press.  While it is probably fair to say that decisions such as the extent to which, if any, the UK will participate in a customs union or permit freedom of movement are, for want of a better term, larger-scale topics than the theory and practice of trademark protection, the fact of the matter still remains that trademarks are a hugely effective mechanism for protecting both businesses and consumers and as such deserve to be protected.

At present time and until Brexit actual happens (or an alternative agreement is concluded), the UK is included within the European Union Trade Mark (EUTM) scheme, which is administered by the European Union Intellectual Property Office (EUIPO), which is based in Alicante, Spain.

This means that companies can apply to the EUIPO for a trademark which will be valid throughout the 28 member states of the EU.  Alternatively they can choose to apply to the various domestic intellectual property offices, such as the UKIPO.  Generally speaking, the former is more advantageous to companies which wish to use a trademark in many EU countries, while the latter is more advantageous to companies which only wish to use it in one.

In the event of a “hard Brexit” (or if IP issues are just overlooked in the negotiations for a soft Brexit), the EUIPO will cease to have jurisdiction over the UK when the UK leaves the EU and that could potentially be a troublesome situation for companies holding EUIPO-issued trademarks.

Legal limbo can be an uncomfortable place

Unless the EU and the UK come to some sort of agreement over the status of EUIPO-issued trademarks, on the date Brexit actually occurs these will simply drop into legal limbo.  In practical terms, this would leave trademark-owners with two options.  Option one would simply be to take their chances and option two would be to apply to the UKIPO for a UK-issued trademark.  The dangers of option one should be obvious, but it is also obvious why companies would object to option two, given that they have already put in the money and effort to lodge a trademark application which they were led to believe would cover them for the UK.

The EUIPO has already recognized the situation in which it finds itself.  Late last year, it released a statement essentially giving companies a “heads up” that they would need to think about the future and what it could mean for them.  MARQUES – The Association of European Trade Mark Owners has also expressed concern over the consequences of the UK exiting the EU without some kind of clear way forward for holders of trademarks issues by the EUIPO (other than paying for them to be re-registered with the UKIPO).

In principle, it should not be all that hard to find some form of reasonable and amicable solution which causes little to no hassle (and certainly little to no cost) to the companies involved.  Even if the UK no longer wishes to have any involvement with the EUIPO, it could easily offer to register existing trademarks as UK-domestic trademarks, ideally for free or at most for the cost of the necessary administration.  This course of action would put companies more or less on the same footing as they are now and would also mean that the associated consumer protection remained in force.

The importance of this last point should not be underestimated.  One of the key benefits of trademarks is that they provide end customers with a way to identify brands they trust.  If trusted brands lose their legal protection, even temporarily, then there is potentially a window of opportunity for rogue brands to step in.