The Clampdown on Kodi 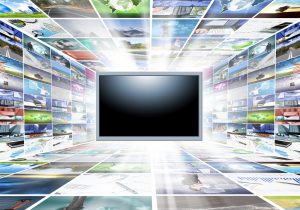 Kodi has made quite a name for itself over recent years.  It’s basically an app which allows users to access video content over the internet and as such can be used to stream films and TV programmes.  Kodi itself is perfectly legal and there is plenty of legitimate content online for users to enjoy legally.  The problem with Kodi is that third-party developers have created plug-ins (basically mini-apps) for it, which allow users to stream protected content.  Up until recently, this was widely held to be a grey area in the law, in April, however, the European Court of Justice made it a black and white one.

The ECJ clamps down on streaming

Up until April this year, there was an argument which held that streaming in and of itself was not necessarily illegal provided that the streamer never made an actual copy of the content.  The ECJ has now squashed this idea by ruling that it is illegal for a user to access protected content on a Kodi device unless they have the permission of the copyright owner.  The ECJ also ruled that it was illegal to sell set-top boxes loaded with both Kodi and the plug-ins which allow people to access protected content.  Selling set-top boxes with a “clean” version of Kodi remains perfectly acceptable.

Are prosecutions in the pipeline?

At first glance, it may appear that the people who are currently at greatest risk of prosecution are those who sell Kodi boxes preloaded with illegal plugins, but actually this is unlikely to be the case.  The fact of the matter is that anyone in the EU who sells Kodi boxes can comply with the law very easily by just selling set-top boxes with a clean version of Kodi and leaving customers to download the relevant plugins themselves should they wish to do so.  Sellers outside of the EU might or might not choose to adopt the same approach or carry on with business as usual and take their chances.  What, however, is more likely is that law enforcement could seek to persuade, or force, sellers who have sold the boxes in the past to hand over their customer list or make the same request to sites such as eBay and Amazon, which are often used to host such sales.  It’s a very open question as to how easy it would be for law enforcement authorities to get access to this data, but it certainly has to be kept open as a possibility.

Are prosecutions in anyone’s interest?

Prosecutions for copyright infringement can be ticklish matters.  On the one hand, copyright owners want to protect the investment they have made in creating their content.  On the other hand, going in all legal guns blazing can lead to severe reputational issues and could actually backfire if it results in paying customers deciding to boycott a company because they perceive them as being arrogant and/or heavy handed.  How much of a risk this is depends on a number of factors, not least of which being how compelling the company’s content is, or to put it another way, whether or not users will want it enough to buy it even if they dislike the company behind it.  Disney, for example, is known for the fervour with which it protects its intellectual property, but its content is so popular, people buy it anyway.  That said, even the mighty Disney has never (yet) undertaken any large-scale prosecutions of private individuals who are accessing protected content for private consumption (as opposed to reselling it).  Perhaps that is a bridge too far even for them and perhaps the practical reality is that when it comes to dealing with the public in general, copyright owners might be better trying to use carrots rather than sticks.