A Tale Of Two Copyright Battles 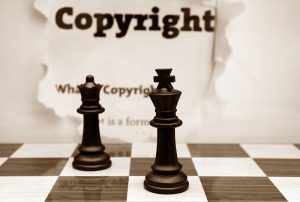 A quick search on the term “duplicate content” will quickly reveal just what a huge issue it is on the internet. Online, the harsh reality is, that whatever the law might say, it can be effectively impossible and often uneconomical for original content creators to take action regarding what can be blatant copyright breaches. Even in the digital world, however, the issue of copyright can be a bit of a grey area in that it is far from uncommon for content creators to use other people’s content as inspiration for their own. This has been going on in the art world for centuries and is taking on a whole new level of importance today, when content creators can become some of the wealthiest people in the world. Here is an example of two, similar, copyright battles with an explanation of why one succeeded and one failed – and some lessons to take away.

It seems only fitting to start an article on copyright with an example relating to Richard Prince who has long been a controversial figure in the art world. To his admirers, he is an appropriation artist, who recreates existing works in a new way and gives them new meaning. To his critics, he is just a plagiarist, who earns a living off other people’s talent. Back in 2008, Prince used photographs by Patrick Cariou as a basis for his own work. Cariou sued and although he initially won his case, the decision was (largely) overturned on appeal.

The justification for the decision on Prince’s favour is that Prince’s work had an entirely different aesthetic to the original. Cariou’s original photographs were essentially documentary-/portrait-style pieces and had a peaceful and tranquil atmosphere. Prince’s work was more in the line of street art or pop art and had a much more modern and energetic feel to it.

Also in 2008, the Modern Dog company published a series of sketches, which, in 2011, found their way onto a t-shirt sold by U.S. behemoth Target in a partnership with Disney. Modern Dog sued and in 2013 received a judgement in their favour.

The huge difference between this case and the Cariou v Prince case is the fact that the drawings were undeniably identical to the ones created by Modern Dog. The two corporate giants’ defence was summarised in the now infamous quote “You know, there are only so many ways to draw a beagle.”. In other words, they argued that one drawing of a particular breed of dog looks pretty much the same as another and hence the resemblance between the two sets of drawings was just a coincidence.

Lessons to take away

If your original work has been blatantly copied, without any adaptation, then you have every right to take action and can take courage from the fact that legal bullying from highly-paid corporate lawyers can do precisely nothing to negate hard facts. At the same time, however, you may want to think about options other than taking legal action. Modern companies (and celebrities) are increasingly aware of (and sensitive to) their public image and hence applying pressure through social media may be an equally-effective (and cheaper) way of getting the result you want, as was recently demonstrated by Vlada Haggerty and Kylie Jenner. If you do decide that legal action is the only feasible option, then social media and its close relative crowd funding can also be of huge help if you need funds to take on a corporate giant. Modern Dog’s legal battle gathered huge publicity and sympathisers did make donations to help the company pursue their case. If, however, another person has created a work which is based on yours, then it is worth thinking long and hard about whether or not it is viable to take legal action given that lawyers can be expensive and applying the law in these situations can be challenging due to the element of subjectivity. In other words, it may be best just to accept the fact that imitation is the sincerest form of flattery and move on.