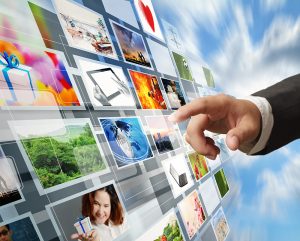 In the early days of the internet, text was basically all there was. Then came pictures and then video, now there is streaming. Streaming basically means accessing audio or video from cloud-based services instead of downloading it and playing it through appropriate hardware such as a computer or television. It’s actually been around for over a decade now (YouTube was founded in 2005) but as video streaming at least requires a decent broadband connection, it’s only been in relatively recent years that it has gone mainstream. Netflix and Amazon Video are both examples of services which are taking advantage of the opportunities offered by broadband internet to deliver original content in a perfectly legal manner. Like many new technological developments, however, streaming can get interesting when it comes to copyright issues.

The actual act of viewing streamed content over the internet may well be legal in and of itself. There are, however, two big exceptions to this. The first is if any part of the content you stream is ever downloaded onto the device you use to view it. Basically the key point about copyright law is that it relates to making copies of someone else’s intellectual property. If none of the content in the streamed file actually touches your device then you personally haven’t made a copy of it and hence haven’t infringed on the copyright-owner’s rights. If, however, any data from the file touches a device you own then you have and that may well put you in breach of copyright. The other big exception is if you make the content available for public viewing. Like many areas of the law, this area is open to interpretation and someone watching streamed content with a small group of family and friends would have a stronger argument that the viewing was in private than someone broadcasting the content to a room full of people in a function room in a hotel, even if the event was by invitation only.

If you are the person putting up content for other people to stream then you are almost certainly breaking the law. Whether or not you will ever be sanctioned for this will depend on a number of factors including how easy it is for copyright holders and/or law-enforcement agencies to connect you to the uploads and either bring charges in your country of residence or extradite you to face charges in their country. The harsh reality of dealing with copyright infringement on the part of streaming sites is that it can be a whole lot easier to find a server and shut it down than to find the person who is legally responsible for that server and that is even before you face the practicalities of getting them to trial.

While accessing unlicensed content may or may not be illegal, the fact of the matter is that the creative industry wants to put a stop to it and while there are all kinds of practical reasons why they might prefer to avoid prosecuting private individuals (starting with the fact that this may not go down well with their paying customers), they can and have worked with internet service providers to block access to known streaming sites. At the same time, however, there has also been recognition of the fact that some users at least have been accessing streamed content mainly due to the difficulty of accessing the content legally, the HBO hit series Game of Thrones being a prime example of this. HBO has therefore moved to make the show legally available to more users, more quickly.

Whether or not customers are happy with the availability of their favourite programmes. Movies or music, it cannot be denied that streaming does have a financial impact on the industry as a whole.