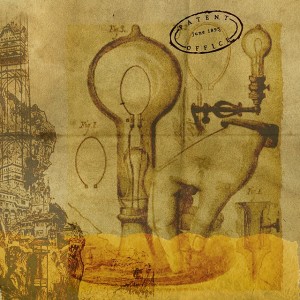 What is a patent?

In very simple terms, a patent allows inventors to have sole use of their invention for a specified period of time. In the UK this is currently up to 20 years, provided that the patent holder pays the renewal fees. These become payable five years after the initial approval and are due every year thereafter.

What can be patented?

Patents can only be granted to inventions which are both genuinely new and commercially viable. This means that, as a minimum, they need to have one inventive step, something which has never been seen or done before and has never been made public in any way. They also need to be capable of being produced on the basis of existing scientific knowledge and technology. In other words if a patent application contains elements which contradict known scientific facts, then it cannot be valid. In the event that it is granted in error, it can subsequently be revoked.

Who enforces a patent?

The holder of a patent has the responsibility of enforcing it. Basically a patent grants the patent holder the right to stop third parties making use of their invention without permission. The onus is on the patent holder to monitor for infringements and take action when necessary.

What action can a patent holder take in the event of an infringement?

The most obvious answer to how to handle an infringement on a patent is legal action, meaning court proceedings, but one of the many advantages of having a patent is that it provides for flexibility in how to resolve incidents of infringement. For example if it appears that the infringement is a genuine accident, the patent holder could simply agree a licensing arrangement.

In addition to stopping unauthorised use, what other benefits do patents have?

Because patents stop third parties from making unauthorised use of a patent-holder’s invention, they essentially act as a form of supply-side control. Since pricing is essentially a function of supply and demand, having control of the supply means patent holders may be able to charge higher prices and therefore improve their profit margins.

Patents may also dissuade potential competitors from moving in to the same market area. They would not only have to develop a solution which was at least as viable as the existing one for which there is a patent, but also develop one which is demonstrably new and avoids any infringement on the existing patent.

Finally, patents can be used to expand the reach of a product. For example, they may be licensed to other companies which operate in different parts of the world and which the patent holder therefore considers not to be direct competitors. Alternatively, they can be licensed to companies which work in different industries. For example a company may develop a solution for use in the manufacturing industry and discover that it is also an excellent choice for the retail industry. If the patent-holder’s area of expertise is in manufacturing, then it may make perfect sense to license out the patented technology to a non-competitive company. In a similar vein, patents are intangible assets, which can be used as bargaining chips in any negotiation. For example potential investors may feel more reassured about a company’s future prospects if it has valuable patents and may therefore be prepared to commit more money to it.

Whilst we can help you with patent applications we also have a relationship with GGTC Ltd who are specialists in applying for R&D tax relief.

It is one of the largest Government mechanisms to deliver much-needed cash to companies, allowing them to recover development costs invested in innovative product & manufacturing processes. Yet over 90% of scheme eligible SMEs have not claimed.

An SME can recover up to 32.6% of their development costs

The average SME claim is £47,000 per annum and the scheme allows companies to claim back 2 financial years retrospectively and the current financial year; potentially delivering a significant and timely £141,000 cash injection for your business in the first year of claiming. You are then able to claim every year you have qualifying activity.

The R&D tax credits scheme allows companies to recover some of the costs associated with cancelled or failed project investment costs. Companies with losses can still claim a cash credit or offset against future profits. Claims are typically paid 1 month from filing.

For more information on patents, comment below. If you’d like to learn about R&D tax credit, visit our partner GGTC and file an enquiry.