Has the Music Industry Lost Its Way? 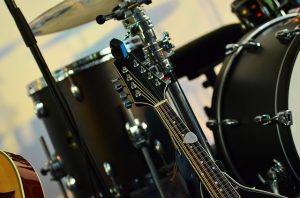 In other words, the music industry has worked out that digital is the new reality; it just doesn’t have to like it or know what to do about it. The music industry’s struggle to reinvent itself effectively has hit the headlines in a series of spats and lawsuits. Here, we look at a few of them and think about what they mean.

Apple may have its roots in technology but it has long since branched out into content provision. Since music has always been its trump card, it was pretty much inevitable that it was going to launch its own streaming service and it was also pretty much inevitable that even Apple was going to need to offer some sort of introductory free trial to get users interested in the service. Apple offered a very generous three-month free trial, but rather less generously, it initially declined to pay royalties on tracks streamed during this free period, on the grounds that Apple was not making any money out of the service. An infuriated Taylor Swift wrote an open letter to Apple in which she summarised her point succinctly as: “We don’t ask you for free iPhones. Please don’t ask us to provide you with our music for no compensation.”. Apple backed down, but since then the “streaming wars” have simply intensified.

The harsh reality is that streaming services are still trying to work out how to make their business model profitable and until such time as they do (or something else takes over), artists will be last in line to get paid. Of course, if they are also the owners of the songs, artists always have the option to remove their tracks from the service, but this may be a very hard decision for up-and-coming artists to take.

It’s hard to dispute that the X Factor is, at best, in the doldrums. Its last really successful winning act was arguably Little Mix, back in 2011. Viewers may remember that the band was originally called Rhythmix, and was forced to change its name after a complaint from a charity, which was already using that name. Disputes over names are nothing particularly new. A group of “Popstars” runners-up formed a band called Liberty but had to rebrand as Liberty X (after a complaint from a band not the shop) while the rights to the Bucks Fizz name have long been the subject of acrimony and confusion. Over recent years, however, disputes seem to have reached new levels, with newspaper reports suggesting that all 6 contestants in Cheryl Cole’s “Groups” category have been forced to change their names due to ownership issues.

Rather ironically, this story broke at around the same time as the story that Cheryl Cole had trademarked her former married surnames and was preventing her ex-husband from opening up a restaurant called Versini. If this is true, it will be interesting to see how this progresses in the future as trademarks are issued on a “use them or lose them” basis.

Pharrell Williams, Robin Thicke, Ed Sheeran, Led Zeppelin, Kraftwerk and numerous hip hop artists are all just some of the people who have recently had the originality of their songs challenged in court. Mostly by people who consider that their work was sampled without their permission and any legal student looking for signs of precedent will have their work cut out for them. To begin with, the issue of what is and is not a sample is often very subjective and added to this in some genres of music, notably hip hop, sampling has long been considered not just acceptable but even commendable.

It will therefore be interesting to see how often the law is in line with public opinion and whether or not copyright law has to be amended to reflect the realities of the modern music industry.