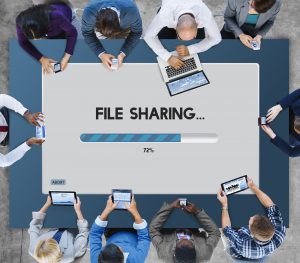 The story of Kim Dotcom and the Megaupload site can be used as a helpful case study in the challenges of governing the internet.

The decade (almost) of Megaupload

Megaupload began in 2005 and was based in Hong Kong, China, a country which has never been known for leading the way when it comes to the protection of intellectual property. For almost 10 years, it provided a range of what were essentially cloud-based hosting services, which, according to U.S. authorities were used to enable criminal activity, specifically the illegal sharing of copyright-protected material. In 2012, the U.S. shut down the site (which was made easier for it by the fact that Megaupload had over 500 of its servers located on U.S. soil) and contacted the New Zealand authorities to request the arrest of Kim Dotcom (formerly known as Kim Schmitz) along with company co-founder Mathias Ortmann and five other employees. The authorities in New Zealand complied with this request.

The response to the shutdown

Shortly after the Megaupload site was shut down, the FBI website was brought down in a cyberattack and the Motion Picture Association of America’s website was also attacked. Hacktivist group Anonymous claimed responsibility. From the very beginning, the legal action against Kim Dotcom and his associates was dogged with controversy. The U.S. government has consistently maintained that they have acted reasonably to enforce intellectual property laws (some of which are highly controversial in themselves, such as the Digital Millennium Copyright Act). Those involved with Megaupload, however, maintain that the vast majority of content on the site was completely legal and that where they were made aware of copyright infringements. They argue that the U.S. government’s actions were massively out of proportion to the level of illegal activity on the site and a look through internet comments on the case suggests that there is at least some level of sympathy for this viewpoint. There have also been questions raised about the extent to which any company can be held responsible for the actions of people who use its products or services, for example DVD players can be used to play copyright material and PCs can be used to create illegal copies of material, to what extent, therefore, should the companies behind them be held responsible for this? Legitimate users of Megaupload also voiced complaints that they had lost access to their data when they had neither done anything wrong themselves or been aware of any wrongdoing.

The beginning of the legal battle

Over the course of the following years, the U.S. has been acting to extradite Kim Dotcom from New Zealand and this issue is still in progress. The U.S. has succeeded in seizing millions of US dollars worth of cash, justifying their actions on the grounds that these were the proceeds of criminal activity. Kim Dotcom has, somewhat ironically, appealed to the U.S. courts for the return of his property, an appeal which the U.S. government seeks to have rejected on the basis of the fugitive disentitlement doctrine, which essentially states that a fugitive from justice cannot use the legal system from which he has fled to claim redress from anyone he feels has wronged him. Kim Dotcom, meanwhile, argues that the U.S. government has been over-enthusiastic in its use of the word fugitive since he has never been to the U.S. and therefore, by definition, cannot be said to have fled its justice system. Furthermore, he argues that he has the legal right to challenge his extradition through the New Zealand legal system and hence his refusal to go to the U.S. at this point is entirely lawful, which also makes it unreasonable for the U.S. Department of Justice to describe him as a fugitive.