Is It Happy Birthday To You? 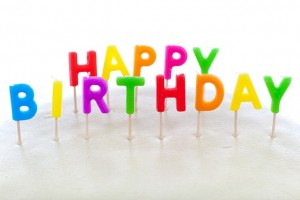 Modern content creators are showing increasing awareness of the value of the content they create – and their rights over it. What these rights are and how they can be implemented varies widely across the world. J.K. Rowling has raised cases for breach of copyright against a U.S-based publisher who wanted to produce a “Harry Potter Lexicon” and against the organizers of the Durga Puja festival in India, who wanted to use a replica of Hogwarts and the Hogwarts Express as part of the festivities. She won the former case and lost the latter. Neither country disputed her ownership of the Harry Potter novels, they just took different views regarding her rights over her work. Issues of copyright can get even more complicated when dealing with older works. The recent U.S. based case surrounding rights to the song Happy Birthday and the older Australian case surrounding the use of the tune Kookaburra by the pop group Men at Work in the song Down Under are both examples of this. Since the U.S. market is often of great interest to British companies, we thought we would provide a brief outline of the similarities and differences between the two countries as regards copyright law.

U.K. and U.S. copyright law start from the same basis.

The primary objective of both sets of legislation is to protect the owners of original works (where known). At the same time, however, both countries recognize that there are legitimate circumstances in which people may have good and reasonable cause to reproduce another party’s original work without paying them a fee. In the U.S. this is described as fair use and in the U.K. it is known as fair dealing. While the terms are similar and have similar aims, they are actually significantly different from each other.

Fair use is a generic approach

The U.S. legal system asks four basic questions in order to determine whether or not the “fair use” exception to copyright applies in any situation.

Fair dealing is a specific approach

At least one of the following four criteria must apply to a “fair dealing” exception:

If at least one of these apply then the party responsible for the reproduction would be given the opportunity to demonstrate that their use was fair if they were made subject to a legal challenge about it.

The effect of fair use v fair dealing

In very simple terms, the U.S. approach offers much more flexibility for the use of copyrighted works without payment to the owner of the original. That is not to say it is more lenient. Marvin Gaye’s family were awarded $7.3 million after a jury agreed with them that the Robin Thicke song “Blurred Lines” breached the copyright of Gaye’s 1977 track Got To Give It Up. It does however mean that U.S. courts can take a broader view of what is and is not reasonable use of copy-protected work. While the U.K.’s system does recognize that copyrighted work can, in some circumstances, be reproduced without payment (or permission), the defence of fair dealing can only apply in the four sets of circumstances we have already stated. It is currently impossible to claim fair dealing in any other situation, however reasonable it may appear from the perspective of common sense.

It should also be noted that the US court system means that a lay jury will consider the case, which may well colour some of the judgements, while in the UK, cases are usually heard by a judge with at least some experience of IP law.