Getting Crafty With Copyright 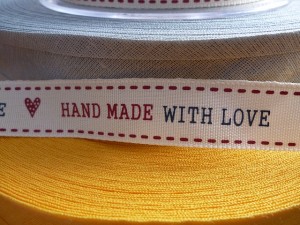 These days it’s probably fair to say that anyone who creates original content knows that, sooner or later, and probably sooner, it’s going to wind up being used by someone else. The only real question is how it is used. If someone takes your original content and uses it as a foundation to create something which is also original and which has involved them putting in their own time and effort, then it is much less likely to be a breach of copyright than if someone simply copies your work without adding any input of their own. This holds true in pretty much any area of life, including crafting. You may have created an item yourself, but if you’re incorporating any element which is known to have been created by someone else, there’s a distinct possibility that you’re violating their intellectual property rights.

The earliest known version of the Cinderella story dates back to 7BC. Modern versions of the story tend to draw from the version published by Charles Perrault in 1697 and/or from the version published by the Brothers Grimm in 1812. Both of these books would have been well out of copyright had modern copyright laws been applied in their day. In fact they would have been well out of copyright in 1950 when Disney brought out their classic animated film, let alone by 2015 when Disney brought out its live-action remake. There is nothing whatsoever to stop anyone creating their own, new and original interpretation of Cinderella and indeed countless theatre companies do just that at panto season, not to mention the numerous other cartoon, TV and film adaptations of it and derivative works (Working Girl, Maid in Manhattan). Disney could and did obtain legal protection, where possible, for the elements it created itself. For example, although Disney could not (and did not) claim to create the name or character of Cinderella, it did and does claim to have created the image of Cinderella used in both films. Therefore anyone creating items based on characters in these films could very well be on the wrong side of the law.

Original work must be original

Crafters who create their own versions of Cinderella out of their own imagination can sell their works as they see fit and are perfectly entitled to use the name of Cinderella. In fact, in the United States Patent Office’s Trademark Trial and Appeal Board has already recognized that the concept of Cinderella is now so much a part of literary history that nobody can lay a general claim to it (a decision which was taken in the light of a request to protect a zombie version of Cinderella). U.S. IP law can work very differently to the law in the UK, but even in the UK it is in the highest degree unlikely that anyone would be granted any sort of legal protection for the term or concept of Cinderella in general. By contrast, crafters who incorporate elements from the Disney productions into their work are likely to be on the wrong side of IP law and crafters which incorporate recognizable content, such as images of characters from either or both films are almost definitely on the wrong side of the law.

There are some companies which produce items such as fabrics and cake transfers under licence from Disney. These items are obviously intended to be used for crafting purposes, however the terms under which they are sold may stipulate that the items created with them can only be kept for personal use (or gifted) rather than being sold commercially.

While all this may seem a lot for crafters to consider, particularly given that these laws are broken every day, generally without penalty, the fact is that if a company, such as Disney, does take action for breach of their IP, the consequences can be severe, even for small-scale crafters without any ill intentions.