Are e-commerce Sites Making It Easier For Counterfeiters? 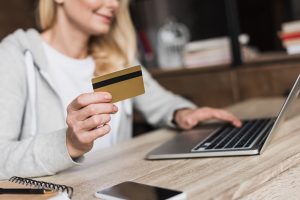 Counterfeit goods were a fact of life long before the internet began.  In fact, way back in 1979, one of the earliest episodes of the TV show “Minder” revolved around counterfeit currency (“The Smaller They Are”).  The arrival of the internet, however, made it possible for counterfeiters to operate out of countries with lax IP protection laws and ship their goods across the world to wherever there was a demand for them.  Obviously they took the risk that some of these shipments might be seized by local authorities, such as the UK’s trading standards, but the personal risk to the people behind the operations (i.e. prison sentences) was only as high as their local country’s laws stated and in some places those laws could be non-existent or if they did exist, rarely if ever, enforced.

The economics of counterfeit goods

Even bringing a simple product to market can involve a lot of up front investment for example in research and development, in user testing, in safety certification and in promotion and marketing and that’s before you get to the actual production and distribution costs.  Even if counterfeit goods are made to the same standard as their legitimate counterparts, the fact is that they are piggybacking on the investment made by original company, which makes it much easier for them to compete on price.  The nature of retail is such that it is not necessarily all that unusual for the exact same product to be priced differently depending on what shop you visit (or what time of year you visit the same shop) and that sometimes these differences can be quite significant, it’s hardly surprising that consumers can automatically assume that pricing differences are an example of legitimate competition rather than illegitimate counterfeiting.  What’s worse, they may not even understand that goods are counterfeit when they receive them and could wind up leaving negative reviews of the original product to the detriment of the genuine company.

The legal practicalities of counterfeit goods

Some manufacturers have started a legal fightback against certain online sites to try to get them to deal with the problem, or at least make more of an effort to do so.  For example, Daimler is currently pursuing legal action against Amazon over the sales of what, in non-legal language, Daimler considers to be rip-off products.  Having said that, however, even if Daimler wins its case, it still has to look at the practicalities of enforcing the judgement and Daimler is a long-established company with significant resources.  Other manufacturers, such as Birkenstock, are simply withdrawing their products from platforms such as Amazon, which doesn’t solve the problem of counterfeit sales per se, but should help to make it clearer to consumers that if they choose to buy goods from an unauthorised sales platform, they do so at their own risk.

The battle between brands and platforms

Brands want you to use specific platforms because you know your favourite brand is on sale there.  Platforms want you to go to them and choose from whatever brands they opt to have on sale there, including, increasingly their own brands.  In reality, the answer to the question of whether consumers feel more loyalty to the brand or more loyalty to the platform is probably that it depends on the brand.  It’s easy to imagine that a super-brand such as Apple could withdraw all its products from any third-party platform and still be just fine, but somewhat less easy to see everyday high street brands doing likewise without feeling the pain.  Having said that, the less value a brand has, the less value there is in counterfeiting it in the first place.  That being so, what may happen over the long term is that high-value brands move off these platforms, leaving them to lower-value brands and platform-owned brands.