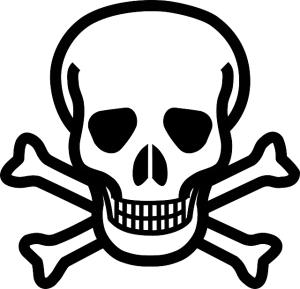 It probably isn’t often that gardening is compared to the entertainment industry, but there’s probably a good analogy between weeding and dealing with digital piracy. Gardeners of any experience will be familiar with the frustration of prizing out a hated weed by physical or chemical means, feeling a brief glow of righteous satisfaction at the result and then realising that the weed has simply spread its seed to another part of the garden and has to be dealt with all over again. This is probably much how the entertainment industry feels about torrent sites. The news of the demise of Kickass was promptly counterbalanced by the news that there had been an increase in traffic to other torrent sites.

For obvious reasons, it’s hard to put specific and accurate figures on the economic impact of piracy, although there have been various attempts including a study by Jupiter Research. It is, however, possible to detail the different ways in which piracy can impact the UK’s economy.

The first, and arguably, the most obvious way, in which piracy has an economic impact is the fact that it deprives the content owners of revenue. When the topic of piracy is discussed, those prepared to justify it have been known to argue that famous artists generally already have a lot of money as do the executives at well-known entertainment companies. While this may, per se, be true it misses a couple of important points. First of all, it is the revenues from headline artists which subsidise the development and promotion of new ones. In addition to this, these revenues also pay the salaries (and therefore the bills) of people much lower down the corporate hierarchy.

Secondly, piracy also deprives governments of revenue. In addition to the VAT which is generally payable on entertainment products (printed books being a notable exception), UK-based companies which sell entertainment products in a legitimate manner are likely to generate additional tax revenues, such as corporation tax and income tax.

Thirdly, piracy impacts on retail jobs. Torrent sites are largely self-service and even legitimate streaming sites generally need to have at least some form of customer service available. Retailers which sell entertainment products in physical form, e.g. DVDs and CDs, need to have staff to manage the logistics of this as well as staff to take care of customers. This includes online retailers, some of which are known for having very high standards of customer care. Physical retailers need a physical base, which means paying rent and organising building-related services (such as cleaning). Again, piracy impacts on all of this.

Fourthly, piracy impacts on legitimate consumers in all sorts of ways. For example, anyone tempted to question why entertainment companies can be so reluctant to invest in new artists or to take more risks with the content produced for TV and film should ask themselves why any company should plough their money into an unproven artist or untried format when they know that its success will promptly be exploited by pirates, whereas its potential failure will be at their expense alone.

Finally it is a sad reality that piracy can be a far more sinister activity than its apologists might care to admit. Torrent sites may offer free access and free downloads to their users, but they are hardly in a position to check and verify the content made available through their services in the way that legitimate companies do and hence users cannot rule out the possibility that one of these free downloads will one day be used for malicious purposes, such as identity theft. Commercial piracy, meanwhile, such as the sale of illegal DVDs is not only a criminal act in and of itself, but can also be used as a means to fund other criminal activities, including terrorist activities, the impact of which can be impossible to state in monetary terms.