The difference between UK & US IP Laws – An Example 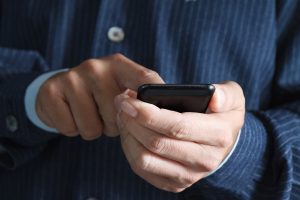 In April 2011, Apple began a series of lawsuits against Samsung for patent infringement. In short, Apple claimed that certain design elements and internal components in some Samsung phones had been, essentially, copied from its range of iPhones and iPads. Specifically, Apple referenced the “rectangular shape, the rounded corners, the silver edges, the black face and the display of 16 colorful icons,”. Separate cases were heard in the UK, which found in favour of Samsung and in the US, which found in favour of Apple.

In the UK, the case was heard in the High Court, where on 9th July 2012, Judge Colin Birss ruled that Samsung had not infringed Apple’s patent. While Samsung were, presumably, pleased with the ruling, they may have been less happy about the judge’s comments that their products “do not have the same understated and extreme simplicity which is possessed by the Apple design. They are not as cool.”. Apple appealed and lost (and was required to place a statement on its website affirming that Samsung had not infringed its patent) and so the UK case is now effectively over.

Over in the US the case was heard by the Supreme Court, which ruled in favour of Apple. There then followed an appeal, a retrial and a second trial. The case is currently back with the Supreme Court, which has to decide whether or not further fines can be levied on Samsung for the infringement of its patent on certain products. It is estimated that the Supreme Court will give its decision in June 2017 at which point, the existing case should be finally settled although it is always within the bounds of possibility that either or both of the parties will file further lawsuits against each other at some point in the future.

Why did the UK and the US reach completely opposite judgements?

When looking at these opposing rulings, it is important to note that Apple never claimed that Samsung made an exact copy of their iPhones and iPads. Their case was based on similarity, mainly of design and certain components. While the basic argument was the same, Apple’s claim was assessed on different criteria in the U.K. and the U.S. The UK court took a “big picture” view and essentially asked itself the question of whether or not it was likely that “an informed user” would confuse the two product lines. It concluded that they would not and hence found in favour of Samsung. The U.S. court by contrast, looked at the specifics and concluded that the two product lines were similar enough in those particular aspects for Apple to have a valid claim for breach of patent.

Judgements in other parts of the world.

Apple and Samsung have engaged in patent battles in at least 20 countries with mixed results. Outside of the US. many courts have found in favour of both companies with regard to different points. The case regarding the ownership of the “slide-to-unlock” feature common to both iOS and Android devices was dismissed by a court in Mannheim, Germany. In the Netherlands, the court initially found in favour of Apple, but Samsung appealed and had the decision overturned.

The Apple v Samsung battle has been widely covered in both the mainstream media and the technology press. In legal terms, it illustrates both the importance of understanding IP laws in each of the markets in which a company operates and the difficulty of doing so, particularly when there is little to nothing in the way of relevant precedent (this was the first patent infringement case the U.S. Supreme Court has heard in over 100 years). Furthermore it highlights the need to establish the existence (or otherwise) of existing IP (such as patents) before embarking on (expensive) R&D.