The Difference Between a Trademark and Copyright. 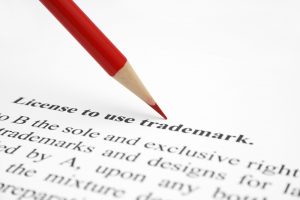 Trademarks and copyright are both examples of intellectual property and both serve a protective purpose. They are, however, fundamentally different in the way they are used and the way they work.

A trademark is essentially an identifier, it makes it possible for (potential) customers and other interested parties to have instant recognition of a given product. Unless the product is covered by some other form of protection, e.g. a patent, there is, in principle, nothing to stop someone creating an identical product and selling it under their own trademark. A quick walk around any supermarket will show any number of products which are very similar in nature, but which are presented in packaging which shows distinctive trademarks to differentiate them from each other. Copyright, by contrast, protects a given work from unauthorised reproduction, but, in and of itself, does nothing to identify a work as distinct from any other work, nor does it prevent someone else from taking any ideas expressed in the work and reformatting them in their own words.

Trademarks need to be registered, copyright is automatic

There is a register of trademarks (which is kept on a per-category basis) and a trademark only has legal standing once it has been accepted into this register. There is nothing to stop a company using it before then, but it will only have legal protection once the Intellectual Property Office has recognised it. In the UK, this process typically lasts about 4 months (assuming there are no objections). Copyright is conferred immediately on any original work. It should be noted that there has to be some substance to the creation for it to be considered as such. Obviously this is a matter of judgement, but as a rough guideline, this is a combination of quantity and quality as well as a certain degree of uniqueness. To quote a main text book on copyright “Copinger and Skone James on Copyright”, “A work need only be “original” in the limited sense that the author originated it by his efforts rather than slavishly copying it from the work produced by the efforts of another person.” and “…what is required is the expenditure of more than negligible or trivial effort or relevant skill in the creation of the work”, but it is almost impossible to say precisely how much skill etc is required. The standard is, however, low. Similar comments apply to visual works, for example a child’s scribble would be unlikely to be held to be under copyright (although in principle it could be used as a trademark) but a caricature could feasibly be protected. It should be noted that copyright rests with the creator of the work unless it assigned to someone else. Hence anyone who has any form of content created for them, be it in words or a visual design (picture, photograph or similar) should ensure that the copyright is assigned to them.

Trademarks need to be used, copyright does not

Trademarks are issued on a “use-it-or-lose-it” basis, whereas copyright remains intact and enforceable for its entire duration regardless of whether or not the copyright holder keeps the work in circulation for the entire period or whether they take action over copyright breaches.

Trademarks can be renewed, copyright has a finite life span

In principle, a trademark can be renewed indefinitely as long as it is actively being used (and provided the trademark holder prevents their trademark from becoming a common term, which would render the trademark invalid). Copyright, however, ultimately expires, at which point the original work effectively becomes open source. Care should be taken, however, to ensure that any research on the validity of copyright refers to the relevant original work. For example, the original story of Beauty and the Beast dates back centuries, long before the concept of copyright even existed. Modern re-workings of it, however, such as the Disney cartoon and its live-action remake can most certainly be held to be under copyright.