Case Ends without a Big Bang 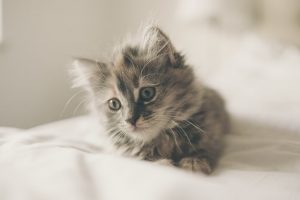 Friends had Smelly Cat, The Big Bang Theory has Soft Kitty. While the sight of Phoebe preparing to sing her signature tune had the friends covering their ears on screen, ownership of the Soft Kitty tune has been giving Warner Bros executives a real-life headache.

A big fight over a little song

Back in 1937, Willis Music published a book called Songs for the Nursery School, which included a song called “Warm Kitty” with lyrics by a nursery teacher and poet, Edith Newlin. They renewed the copyright to this book in 1964. Newlin died in 2004, three years before the start of what was to become the global-hit show “The Big Bang Theory”, the first season of which introduced the tune “Soft Kitty” as a song Sheldon’s mother used to sing to him when he was unwell. Interestingly it took until 2015 for Edith Newlin’s daughters to file a lawsuit alleging copyright infringement. One can only speculate whether their action was at all influenced by the super-high-profile case raised by the family of Marvin Gaye against Robin Thicke and Pharrell Williams, which resulted in the former being awarded $7.3M in damages, when the latter were found guilty of copyright infringement.

Newlin is credited as the writer of the lyrics of the song “Warm Kitty” as used in the book. Willis Music registered copyright of the book when it was published in 1937 and renewed it in 1964. According to Newlin’s family, in so doing, they also renewed Newlin’s copyright over the song lyrics. The sisters argued that as Newlin’s heirs, copyright to the lyrics in question had passed to them upon her death and hence Warner Bros should have negotiated with them for the right to use the song in the show rather than negotiating with her publisher. Willis Music, however, contested that Newlin had assigned rights to the lyrics to them and hence they were the sole legal owners to them and could use them as they wished. Back in the 1930s, the pre-internet age, it was often the case that getting published at all meant going through a publishing company and hence until a content creator gained a level of public recognition, publishing companies had tremendous leverage to insist that copyright to a work be assigned to them as a condition of it being published. In the context of the time, therefore, Willis Music’s claim was perfectly feasible and, more to the point, as the plaintiffs in the case, the onus was on Newlin’s family to prove that they had legal title to the works rather than vice versa.

The lessons to take away

This case highlights a number of interesting points regarding copyright. The first and arguably most important of these, is the difference between authorship and ownership. Nobody disputed that Edith Newlin was indeed the author of the lyrics on which Soft Kitty was based. The dispute was essentially over the question of whether or not she had legal ownership of the lyrics at the time of her death. The second point, which is also hugely important, is that with the sole exception of laws relating to libel and slander, the law requires the plaintiff to prove their case rather than the defendant to prove that the case is unfounded. Again, nobody disputed that Newlin’s daughters were the rightful heirs to their mother’s estate, the question was whether or not the lyrics ever formed part of that estate and as the plaintiffs in the case, the onus was on the daughters to prove that it did. Finally and possibly most obviously to modern readers, this case highlights the need for the proper documentation of ownership of assets so that it is absolutely clear who has legal title to what.

On a side not it’s worth mentioning that this is of course US law, and while the principles of copyright law in the UK and Europe are similar, there are detail differences. For example, there is no registration of copyright under UK and European law.