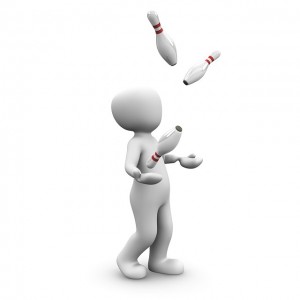 It was the result which took the bookmakers by surprise. Maybe it would have been different if the weather had been dry and sunny in the South East of England. Since you can’t run history twice, we’ll never know. What we do know is that the UK as a whole voted to leave the EU, so let’s look at what that means in practical terms for those seeking to take care of their finances.

Impact on the Pound

The pound dropped in the run up to the referendum, but began to climb again as polls indicated that the Remain camp had secured a significant lead. Notwithstanding this, the news carried stories of panicked travellers queuing to secure their holiday funds before a potential Brexit saw a drop in the value of the pound. Brexit is now confirmed and it is only to be expected that, in the short term at least, it will have an impact in the value of the pound. A drop in the value of the pound is, of course, bad news for holidaymakers (and the companies which serve them) and it’s bad news for those who depend on imports. On the other hand, it makes the UK a cheaper holiday destination for people from overseas and it’s great news for exporters.

Impact on Business as a Whole

Obviously any impact to the pound could have a knock on impact to UK-based companies. Those that benefit from a strong pound could be hurt by a fall, whereas those who aim to attract custom from overseas could benefit from it. Access to the EU’s single market is a more interesting issue. The Remain campaign touted it as one of the major benefits of membership. The Leave campaign, however, pointed out that trade is (or should be) a two-way street and that countries which set up trade barriers against UK exports can expect to have their own exports treated the same way. How this works out in practice remains to be seen. It also remains to be seen what impact this will have on the highly-controversial TTIP(The Transatlantic Trade and Investment Partnership). In the short term, it is highly likely that there will be a drop (or at least volatility) in the stock market; this could open up a window of opportunity for investors to find bargains amongst companies with solid fundamentals, which have simply been caught up in economic turbulence.

Impact on the Financial-Services Sector

At the moment UK financial institutions can operate across the EU under one licence (or passport), whether or not they retain this ability depends on a number of factors. If the UK moves, more-or-less seamlessly into the EEA/EFTA then it could feasibly be business as usual. If not then the UK would have to negotiate specific agreements with its former EU partners. Given the strength of the UK’s financial-services sector and the fact that European rivals would presumably love the opportunity to take over business from them, then this might prove trickier than negotiating trade agreements.

Impact on the Housing Market

If the UK’s population drops then it seems a reasonable assumption that the demand for housing (to buy or to rent) will also drop and since prices in a free-market economy are a function of supply and demand, it therefore follows that prices for accommodation will also drop. As is so often the case in life, there are winners and losers in this situation. While sellers and landlords may regret the reduced demand, the plight of “generation rent” and “would-be first-time buyers” has been a constant source of news topics and any fall in house prices (or rental prices) would presumably be welcomed by them.

As with all changes, it makes sense to not make rash decisions based on yesterday’s vote but to take a view on what’s happening and keep an open mind. There will be initial fallout – for instance the drop in the pound but over the next few weeks the dust will clear and ways to move forward will become clear.