Brexit & Farming – What Happens Next? 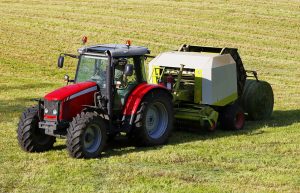 The situation of EU nationals in the UK and UK nationals in the EU is front and centre in the Brexit process and indications from the EU are that they expect this to be agreed (presumably to their satisfaction) before negotiations for any trade deal can begin. In principle, anyone who has been resident in another EU country for a minimum of five years can claim permanent residence there; in practice it’s an open question how many EU nationals will wish to stay in the UK after Brexit. What is clear, however, is that Brexit could potentially halt the flow of seasonal/short-term workers who are of huge benefit to industries such as agriculture and tourism.

Could machines take over?

Agriculture has become increasingly industrialised over the years, the most obvious example of this probably being the fact that horses have been replaced by engines. The need for human labour has been reduced too, with machines taking over all kinds of labour-intensive and repetitive tasks from milking cows to picking crops. In spite of this, however, agriculture has still had a long dependence on unskilled labour, particularly at harvest times and the ready supply of farm workers from the EU, who could pick crops at a rate, which was at least enough to justify their wages, left little incentive to develop machines to take over these remaining tasks. Brexit could be about to change all that. Even though the UK does have a pool of workers who could, theoretically, be able to take over these harvesting jobs, it’s a very open question whether or not there are enough UK-based workers with the relevant know-how and physical strength to fill the gap. Because of this, the technology industry could step in, just as it has already done in retail, fast-food and transport to name but a few industries.   If you think back to the steam revolution, it’s fair to suggest that farming could see a further innovation jump.

Given that part of the reason why these roles have been filled by humans for so long is because of the challenges involved in automating them, it’s reasonable to suppose that technology companies will have to develop some creative innovations to produce machines which are both practical and economical and hence will need to think seriously about protecting their investment in research and development.

Because of this, we would suggest, that it is highly worthwhile any company that is considering launching new tech talking with a patent attorney early on in the proceedings; this ensures that all patents are prepared and filed appropriately. It also may hopefully give them the edge when considering funding. The cost is likely to be moderate on the grand scale of R&D expenses and there is some potential to allow it to be offset against tax.