The battles between IP law and common sense 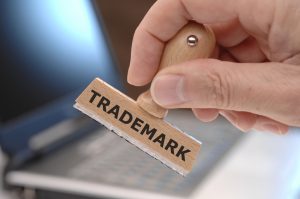 There are courts of law and then there is the court of public opinion and companies generally need to stay on the right side of both.  An unfavourable judgement from either can cost an awful lot of money to put right and in some cases can sink a business.  Sometimes it’s best to tread with care even when you have the law on your side, because it’s the public, your customers, who pay your bills.

The law versus common sense

Trademarks are essentially a means of identification and hence their basic purpose is to avoid confusion.  There are numerous clear-cut instances of trademark infringement, namely a black market in counterfeit goods.  There are also numerous instances of manufacturers who sail rather close to the wind when it comes to creating goods which are “inspired by” more famous names.  In this context, it’s perfectly understandable that trademark owners may adopt a “shoot-from-the-hip” approach to protecting their intellectual property.  When, however, the trademark infringement is unlikely to cause any confusion, then going in all guns blazing could lead to a PR debacle which causes you far more damage than the original infringement.  It can be far better to approach the situation from a perspective of goodwill and cooperation and see what can be done to resolve the matter amicably.  This is particularly important when dealing with companies who were using a name before you trademarked it as social media may see that company as having more right to the name than you, whatever the law says.

Assuming the person using your trademark is not a direct competitor and that there is little to no possibility for confusion between your two brands, then you may be able to reach a compromise which suits both of you by you offering to licence them the use of the trademark for a nominal fee.  The fee is purely to indicate their recognition of your rights of ownership and to give the associated contract legal validity.

Give them time (and help) to change their name

If a company is still relatively young and in the process of building its brand then it may actually be to their advantage to change their name, but they may need time to work on a new name and strategy.  Since you have already been through the trademarking process, you may be able to offer at least some element of help and guidance and you can certainly show a reasonable degree of patience as they work their way through the process.

If neither of these approaches works, then you will probably have to resort to the law

Generally speaking, in business as in life, if you approach other people in a positive manner then they will reciprocate.  There are, however, always exceptions and sometimes someone who is clearly in the wrong from a legal perspective will dig in their heels and refuse to budge.  If this is the case, then you may need to proceed with enforcement action, but if you do you will be able to explain to the public that you took this action only as a last resort.  This is entirely different from charging in head first like a big bully.

The Paris-Roubaix cycle race is well known to cycling enthusiasts.  The word Roubaix was trademarked by Advanced Sports International (ASI) and licensed to Specialised both of whom used it for bicycles.  Specialised discovered the existence of the Roubaix Cafe in Canada, which had a sideline in handmade bicycle wheels and sent a “cease-and-desist” letter to the owner of the cafe.  This hit the headlines, at least in the cycling world, and Specialised quickly found itself dealing with a social media storm.  ASI had to step in and offered to licence the trademark to the cafe, arguably what Specialised should have suggested in the first place.