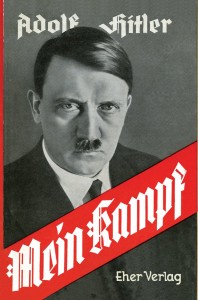 On 1st January 2016, Mein Kampf entered the public domain and can therefore now be freely republished without and copyright implications. Whatever may be said about Mein Kampf’s literary merits (or lack thereof), it is arguably a key historical document for this modern age. Anne Frank’s diary could be said to be its counterweight. Rather ironically, it is now also the source of controversy.

The Background to Anne Frank’s Diary

Anne Frank was a Jewish girl who spent two years between 1942 and 1944 hiding from the occupying Nazis in a warehouse in Amsterdam. The diaries end three days before she and her family were betrayed and taken to the Bergen-Belsen concentration camp, where Anne died in 1945. Normally copyright on a writer’s work expires 70 years after their death and hence Anne Frank’s diaries could be published freely. The Anne Frank Fonds, however, has taken legal action to enforce its copyright and has stated publicly that it believes it has control over the works for decades to come.

Under Dutch law, if a work is published posthumously, copyright is applied for 50 years from the date of publication. The Dutch courts have accepted that Anne Frank’s diaries were originally published in 1986, which means that they are held to be in copyright until 2037. While this ruling only applies to the Netherlands, there are many other countries with similar laws. Of course, other countries also have their own courts, each of which would have to take their own decision as to the effective date of publication.

While Anne Frank’s Diaries have long been marketed as a bright and sensitive teenage girl’s account of what was effectively imprisonment under extraordinary circumstances, the Anne Frank Fonds has asserted that the “reader-friendly” version of her diary was the result of so much input from her father Otto Frank that it deserves an independent copyright. If this view is upheld, then the copyright on this version of the diary will be active until 70 years after Otto Frank’s death. Otto Frank died in 1980, hence the work would only enter the public domain in 2051. 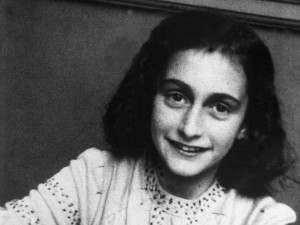 It should be noted that these arguments are entirely distinct and relate to what the Anne Frank Fonds claims are two separate editions of the book. The first argument relates purely to the date of publication of the original work. The second requires a separate judgement as to whether or not Otto Frank’s involvement with the text was substantial enough to warrant it being considered an independent edition and therefore under separate protection. This second argument is being fiercely refuted and looks set to continue for some time.

Two Separate Arguments with One Lesson for Publishers

Whatever the moral or ethical arguments surrounding the ownership of Anne Frank’s diary, there is a very practical lesson to be learned by anyone interested in publishing works which are in the public domain. In very simple terms it is to make sure that they actually are in the public domain. Although general copyright law applies protection for 70 years after the author’s death, there are exceptions to this, as in the case of posthumous publications. Leaving this aside, there may also be different editions of the same work, which each have their own specific copyright protection. For example there is another edition of Anne Frank’s diary adapted by Mirjam Pressler and published in 1991. If this is regarded as a separate edition, then copyright on it will continue until 2062, long after the copyright on the other editions has expired.