Animals may be able to own copyright – can computers? 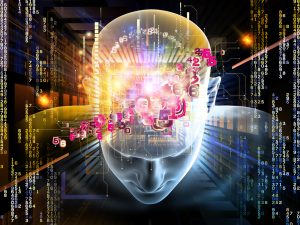 Last month, photographer David Slater and the organisation People for the Ethical Treatment of Animals finally reached a settlement in the “Monkey Selfie” saga.  In short, Slater agreed to donate 25% of future proceeds from the photograph to relevant charities and to support PETA’s request that the 9th US circuit court of appeals to throw out a lower court decision which said animals cannot own copyrights.  Now, of course, just because a request was made it does not mean it will be granted but even if it is turned down in this instance (which is highly likely), it is unlikely that this issue will disappear anytime soon.  Scientific research has now demonstrated that some animals at least have much higher levels of intelligence and sentience than were previously believed, which opens up questions about how the law should accommodate this new knowledge.  For the time being, however, the “monkey selfie” case, appears to be closed.

As one case closes another one opens?

If a court eventually does determine that copyright can be owned by non-humans, (a decision, which, at present, seems highly unlikely but could, possibly, happen at some future date if scientific knowledge supports it), then it would reasonably raise the question of whether or not a computer, equipped with artificial intelligence, could also own the copyright to its own works.  Right now, AI creations are arguably derivative in the sense that the AI system needs a human to train it until it grasps a skill well enough to be able to perform it on its own and at this time even Google’s Deep Dream needs a significant level of human oversight in order to create any new content.  The whole idea behind AI, however, is that the computer learns and ultimately becomes capable of performing complex tasks without human assistance.  This may seem the stuff that science fiction is made of (2001: A Space Odyssey springs to mind) but science fiction does have a habit of becoming actual reality and it may be that the time of a real world HAL is far from distant.

Who would represent HAL?

The “Monkey Selfie” lawsuit only became a lawsuit because there was a plaintiff with the money and inclination to take the matter to court.  As content creators will know, copyright only has meaning if it can be enforced.  In other words, whatever the law may say, if people know with certainty that the theoretical sanctions for breaking it are never going to be applied in the real world, there is really nothing to fear from ignoring it.  Hence in order for AI copyright ownership to be meaningful, there would either have to be a PETA-like organization which claimed the right to represent the AI system in question or the AI system would have to enforce its copyright itself.  Given the nature of AI, it could be theoretically possible for the latter situation to happen.

Work for hire or independent creator?

At this point in time, AI systems need substantial human input to create and maintain them both in terms of software development and in terms of practicalities such as ensuring that they are supplied with electricity and that hardware components are repaired or replaced as necessary.  Therefore, you could make a very strong argument that AI systems are essentially digital employees, who would be covered by the longstanding concept of work-for-hire agreements.  Having said that, this then raises further questions relating to their employment rights.  Could an AI system be granted the right to go freelance and finance its electricity bill through the royalties for the work it creates?  The AI plot is thickening and who knows where it will ultimately lead?