A Battle of Browsers 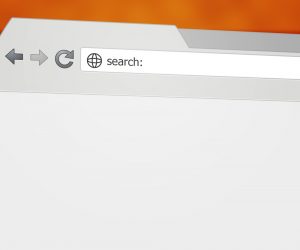 Those of a certain age may remember going down to video rental stores and may even have felt some excitement as they began to switch over to being DVD rental stores. Fast forward to today (or just navigate to the right chapter) and while DVDs are still very much alive and well, they are up against stiff competition not just from more recent technologies such as Blue Ray, but also from legal video streaming services. The success of companies such as Netflix & Amazon clearly shows that customers are prepared to pay for content, when it is made easy and convenient for them to do so. Notwithstanding this, content creators, such as major Hollywood studios, are nervous about these services becoming channels for piracy and are eager to protect their content from this threat.

From a plug to a wall

In the early days of video streaming services, anti-piracy measures were managed through what are known as “plugins”. Basically these were (and are) pieces of software, which could be integrated with your web browser and used to enhance its functionality in some way. Plugins did (and do) have their uses, but they also have their weaknesses. To begin with, users are required to install them in the first place and may disable them completely by accident, prompting a support call to the streaming service. More seriously, plugins tended to have a bad reputation in terms of security although to be fair it has to be remembered that there are literally countless plugins available from all kinds of sources, some of which were vastly more reputable than others. Because of this, the video-streaming industry began to move to a system known as Encrypted Media Extensions (EME). Basically these shifted the responsibility for Digital Rights Management (DRM), essentially copyright protection, from various plugins to the browser itself. As time has gone by, the use of EME has begun to be the de facto standard in web browsers and now the World Wide Web Consortium (W3C) is considering making it the official standard.

Why W3C is considering making EME the standard for the internet

The job of W3C is to essentially to make sure that the internet stays working effectively. While the people involved with it have a great deal of technical knowledge, they also understand that many internet users have little to no idea about how technology works. Hence, in the old days of plugins, users generally had to be prompted to install them and there was always a concern that getting non-technical users into the habit of just installing plugins when told to do so had the potential to lead to security issues. Implementing EME in the browser itself means that copyright protection is included from the outset in a way which is safe and convenient to the user (and probably entirely transparent to a significant number of users).

Why W3C’s proposal has caused controversy

In many places, including the U.S.A and the U.K., it is illegal to tamper with anti-copyright mechanisms such as EME, which means that, officially at least, they operate as “black box systems” or, to put it another way, users have to take their supplier’s word for it that their EME system is secure. While this also applies to any plugins used for copyright protection, users can choose to uninstall them and still have access to the browser, albeit not the content. EME, by contrast, is a “take it or leave it” solution. If you want the browser, you take the EME. At this time, user who wish can still avoid EME by choosing niche browsers, which decline to support it, but if the standard is implemented then support for EME will be mandatory, in theory at any rate.