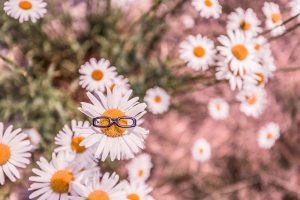 Fundamentally the two key points when applying for a trademark are that a trademark must be distinctive and that it must be used. The first point means that there are 5 types of words which are hugely unlikely to be accepted as trademarks.

If you invent a product which is genuinely entirely new and come up with an entirely new description of it, then you may well be able to trademark that descriptor because it is specific to your unique product. In general, however, standard descriptors for common items are unable to be trademarked as they are in broad use. This is part of the reason why the decision to allow Microsoft to trademark the word “Windows” caused some degree of controversy, Microsoft’s argument was that in a computing context the word “Windows” did have the specific meaning of their proprietary operating system.

Your product may indeed be good, better than or even the best, but there is nothing original or specific about everyday phrases such as these and therefore it is highly unlikely that they would be accepted as trademarks. Unless there are very unusual circumstances, standard descriptive words of the sort found in any dictionary need to be available to anyone to use as they see fit.

Very specific place names may be able to be trademarked (for example 221b Baker Street is known throughout the world as the London home of fictional detective Sherlock Holmes). In general, however, unless you can clearly demonstrate that a particular place would be associated with your product and only your product, you are highly unlikely to be able to register it as a trademark. You may be able to incorporate it into a longer trademark such as “Aspinal of London”. “Aspinal” on its own is also trademarked, but “of London” on its own is not and is highly unlikely to become so.

Names of international and domestic organisations (from the U.N. to the Greater London Authority) and existing international and domestic emblems, such as flags, belong to their respective members/subjects and as such cannot be trademarked. While it may be standard pub-quiz trivia that HP sauce takes its name from the Houses of Parliament in the UK, the Heinz company (which currently owns the brand) is unable to register either “Houses of Parliament” or “Big Ben” as a trademark, but they can protect their original artwork as used on the front of their bottles.

Marks, which are (too) similar to someone else’s trademark

The whole point of a trademark is to create an identifier, which (potential) customers can easily link with your product and everything associated with it. Trademarks which are too similar to each other can create confusion, even if unintentionally. If the creation of the similar trademark was a genuine mistake then it may be entirely possible for the two companies to resolve the matter amicably between themselves. If it is not, then the original trademark holder would need to look at taking enforcement action. The first question to ask is whether or not the pre-existing trademark is valid for the same category. If the answer is no then the newer trademark is likely to be valid on the grounds that customers are unlikely to confuse two completely unrelated products (e.g. luxury pet food and furniture). On the other hand, if the newer trademark does belong to the same category as the pre-existing trademark then the owner of the original trademark may well have a strong legal case as well as an obligation to protect their intellectual property. This could create a very expensive situation.